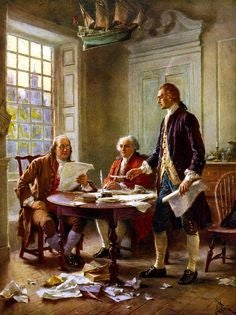 Alabama's Habitual Offender Laws were recently condemned in a Daily Beast article. The article outlines the horrendous injustice of the Alabama Habitual Offender rules that tie the hands of judges during the sentencing phase of a criminal trial.  Many people charged under the habitual offender law never physically hurt anyone and will continue to spend decades, if not the remainder of their natural life in prison.  Many feel like Alabama's prisons are like "modern day plantations," condemning many to life behind bars and disproportionately affecting minorities.  Currently, 500 hundred people are serving life without parole sentences in Alabama. The law was designed to stop repeat offenders from committing crimes, but it's consequences are draconian.  For decades, anyone committing a "violent," felony, such as robbery or burglary, after having three prior felonies, must be sentenced to life without the possibility of parole.  Judges have no say in the process as the sentencing is mandated by statute. Alabama prisons are notoriously overcrowded and violent.

Class D Felony -- 1 to 5 (with other factors regarding community corrections, these are usually drug offenses like Possession of Controlled Substance)

The Alabama Department of Corrections currently reports over 700 cases of COVID. Some 20 inmates and at least two Department of Corrections workers have already died from the virus.  COVID provisions in prison are almost non-existent, often only offering hand-sanitizer prior to meals.  The age of habitual offenders in Alabama is of significant concern.  Seventy-percent (70%) of Habitual Offenders in Alabama are over fifty years old.  The Alabama prison population of those over age 50 has increased by three-thousand percent (3000%) over the last forty-years.  The overcrowding in Alabama prisons has lead to the Department of Justice indicting that the DOC(Department of Corrections) in Alabama is operating unconstitutionally and may be deemed cruel and unusual punishment.  Here is a video taken from inside and Alabama prison detailing the lack of COVID-19 safety procedures. The U.S. incarcerates more people than any country in the world, at least with official numbers, and Alabama's three strike laws and habitual offender laws are unnecessarily harsh resulting in prison sentences that are too long and condemning a largely geriatric population in unsafe and unsanitary conditions with little hope of the future. 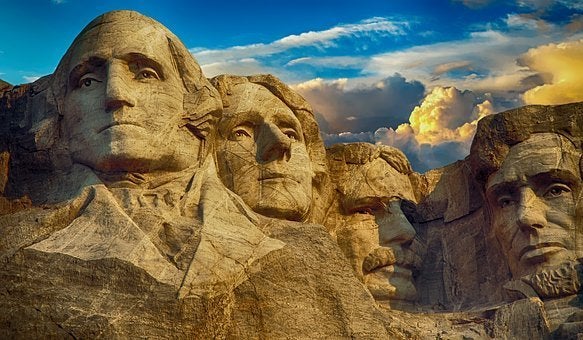 Founding Fathers for Freedom & Justice for All
One of the complaints in the Department of Justice Report was that the ADOC was not providing for the health and welfare or providing sufficient health care for the sick or for inmates in need of the most attention. The DOJ report indicated that Alabama prisons are on average above 200% capacity.  There is no way to provide for safe social distancing in Alabama's jails or prisons, and a significant lack of sanitation resources. To be fair, Alabama is planning on building new prisons in the State, but that will take years to complete. The pandemic may have exposed some flaws in Alabama's prison and jail systems, but it's really an opportunity to discuss and plan how we incarcerate inmates in the future.  Shouldn't we be more focused upon rehabilitation instead of incarceration for life?  Habitual offender laws and mandatory sentencing take away a judge's ability to sentence a criminal defendant as determined by ALL the facts, both aggravating and mitigating, and strip away any hope a person may have about the future.
How we treat the least of us or the poorest among us is a testament to who we are as a nation.  Fortunately, many jails and prisons have released some highly susceptible population of inmates.  There are motions your criminal defense attorney can file to maybe get some relief in this area, especially if you are awaiting trial and have yet to be convicted.  There are also Post-Conviction Relief measures (also known as Rule 32 cases) that you should discuss with an experienced criminal lawyer.  You may be entitled to compassionate release also from a Federal Prison due to COVID-19.

Alabama sentencing guidelines have been around a long time.  Knowing how to complete these worksheets is often an essential aspect of any criminal defense firm.  They can be complicated and can result in a serious reduction or increase in your sentence depending on how they are managed.  The sentencing guidelines are considered presumptive when applied correctly.  This means that a judge must have significant reason to go beyond the guidelines or below the guidelines in sentencing.  Under the Alabama Guidelines there are violent crimes and non-violent crimes.  Here is a link to the Alabama Sentencing Commission.

My name is Erik Fine.  I am a criminal defense attorney based in Chelsea, Alabama.  I regularly defend clients charged with crimes in Shelby, St. Clair, Blount, Cullman, Tuscaloosa, Chilton, Clay, and Jefferson Counties and throughout Alabama.  I can help you be sentenced fairly under the guidelines if necessary, and often reduce charges leading to increased penalties.  Alabama is my home.  I love Alabama.  I also love my job defending our God given inalienable Rights.  I started the Patriot Law Firm to stand against government tyranny and to defend the U.S. Constitution, the Bill of Rights, and the common good.  I will stand with you when you need me.  Please contact me if you or anyone you know is subject of a criminal investigation or has been charged with a crime.  Call me and you will speak to me, not an underlying, secretary or an assistant.  I will personally be with you the entire way through any challenge.