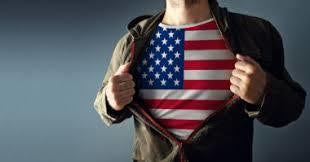 Alabama legislators have passed a law making changes to Alabama's parole law,  Act No. 2019-393 (“2019 Parole Bill”).  The new legislation restructured the process taken by the Parole Board.

Convicted criminals in Alabama may be able to reduce their incarceration time or avoid imprisonment altogether through parole, which frees prisoners early, and probation, which permits criminals to complete their sentences outside of jail. Getting parole or probation can be complex and demands the assistance of an experienced Alabama criminal defense attorney. Probation and parole programs are rigid and straightforward.  Violations are dealt with in a serious manner and can result in being placed back inside a penitentiary.

In circumstances where a parole lawyer works with a client to file a no-contest or guilty plea, or in cases where a party has been sentenced, it is quite possible for an Alabama parole and probation lawyer to arrange probation for the client in lieu of a prison or jail sentence.

Difference Between Probation and Parole

Probation and parole are both similar to each other.  Probation is usually directed by a judge instead of jail time, while parole is awarded by the Parole Bureau after convicted have served part of their time in jail. The Parole Bureau makes judgments regarding the granting of parole. Courts determine whether to put someone on probation.

Alabama is recognized as having one of the hardest parole processes in America.

The eligibility of parole varies depending on the kind of charges an individual has. For instance, an inmate serving life imprisonment is eligible after having served or one-third or 10 years of the prisoner's life expectancy. As well as if an inmate serving time for a Class B felony sentence is available for parole at any time with the permission of all three parole board members, or with the endorsement of only two parole members if the offender has completed at least one-third of the time in jail.  Confusing, isn't it?

An inmate's probation and parole attorney can assist the prisoner to determine when he/she is eligible for granting parole.

When a prisoner is considered eligible for parole, the Alabama Board of Pardons & Paroles notifies the family of the victim that a court hearing has been scheduled. Victims can forward letters to the parole board in opposition or support of the offender's parole. Along with this, victims are able to attend the court hearing and talk to the parole board.

The convicted person's family and his/her legal counsel can also attend the parole hearing. However, a charged person in Alabama is not normally allowed to attend his own court hearing.  Ridiculous, right?

How Do Violations Occur?

The first of probation violation depends upon a probationer either having committed (or charged) a new felony crime or having just run away from probation. Either of these can appear in the charging of the original sentence. Whether this occurs depends on plenty of factors.

If you've committed (or have been charged with) a new criminal offense, the case will be cataloged for a hearing of probation revocation. If the court finds you violated the terms of your probation, you can be directed to complete your full sentence in jail.

How Do Technical Violations Occur?

People break their probation in plenty of ways other than committing new felony charges. A breach might be something as manageable as reporting late. Another example could be failing to keep a suitable job or failing to pass a random urine drug test.

If you've been involved in violating your probation in some means other than performing a new offense, you are accused of a technical violation.

The court can also lock you up for up to 45 days imprisonment. This is described as a dunk. Just because the court can give the order of this doesn't mean the judge will do this. Being convicted with a new offense does not constantly mean that the convicted will have their probation revoked.  But the reality is that it could.

How to Prevent Probation Revocation?

There are a lot of things that can be done to stop or lessen the outcomes of probation revocation.

A plea agreement may be negotiated with the prosecutor and probation officer. The state also (sometimes depending on the circumstances) drops the revocation request.  Professional and persuasive negotiation tactics can also be a tremendous asset skill that an experienced lawyer can have and use for his client's benefit.

There are plenty of actions that can be taken to avoid revocation or to reduce the potential results for a probation revocation proceeding.

If you're involved in accused of probation violating, you should talk to a Chelsea parole and probation lawyer for insightful legal advice.

A charged person caught either by probation officers or police violating a condition of probation is subject to revocation of probation for part of or all of the original suspended jail or prison sentence. Because one common requirement of probation is to follow all laws, a probationer who is arrested again on even a minor misdemeanor offense may be subject to sentences for both the probation violation and current arrest.

If a probation violation charge does move forward, then state law requires that a probation revocation hearing must be conducted by the court. If the convicted violated probation by breaking a law, the hearing of probation revocation will presumably take place after the new crime has been reached to its conclusion. If the violation was not a new offense but nevertheless violated a condition of probation, for example, meeting with somebody the judge prohibited the convicted from contacting, then the revocation hearing may be conducted as soon as practicable right after the violation is reported.

Probationers are entitled to printed notification of the place, time, and purpose for the court probation revocation hearing.  The probationer is also availed the right to be represented by legal counsel for the probation violation hearing.

The revocation hearing isn't conducted like a trial. The burden of proof is not beyond a reasonable doubt for the prosecution. Rather, it's something less, such as having to demonstrate that the violation took place. Because the burden of proof is less than at a trial, the probationer might meet what could seem to be inconsistent outcomes. If the probation violation is the commission of a new offense and the convicted is acquitted of that new offense, then there is a great chance to avoid having his probation violated.

A probation revocation hearing takes place without a jury in court. Both the prosecution and defense may offer proof to explain to the court why the probationer should or should not be subjected to whatever punishment the court originally determined. The probationer's counsel is permitted at this hearing, but the court does not have to observe stringent rules of evidence, such as the hearsay rule.

When a convicted arrested on new offenses is found to be in violation of a prior probation order, the defense may discuss a new plea bargain to include both charges in one deal. This is frequently employed in busy courts for what is called "judicial economy."

If a parole violation condition is found to be legitimate, that breach by a parolee can result in the parolee being rearrested and sent back to prison. This is known as a parole revocation.  The parolee will be sent back to prison to serve some or all of the balance of his original imprisonment. However, the parolee must be served a notice of the alleged violation, an initial hearing to see whether there is feasible cause to consider a violation has taken place, and a final hearing before the parole board.

The hearings for parole violations differs notably from a trial, in that the prosecution does not need to prove beyond a reasonable doubt that the alleged violations happened. In fact, if the ground for the revocation is a new crime, and the crime has not been charged or even when the convicted has been acquitted, the parole board may view the violation as a basis for revocation.

If you are facing probation or parole violation charges in Alabama, it is essential to obtain the services of a skilled Alabama criminal defense lawyer. Often, choosing a skilled Shelby County parole and probation lawyer can make a huge difference in whether or not an accused is convicted of the offenses they are charged with and whether or not the probationer goes back to jail or prison to finish his original sentence.

In cases where no-contest or guilty pleas are entered or an accused is convicted of a felony or misdemeanor, a dedicated and experienced probation attorney like Erik Fine can work expertly with the court to negotiate a probationary sentence in lieu of jail or prison sentencing.

If you are facing criminal charges in Alabama, contact now or call to 205-478-2498 at the Patriot Law Firm, LLC for instant legal help.