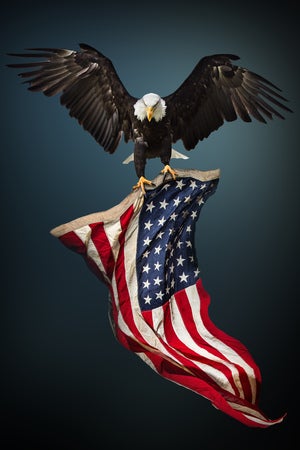 Theft convictions can lead to notable professional and personal consequences. Along with costly criminal restitution fees, court costs, fines and penalties, those convicted of a theft crime often lose their job, ruin their careers,  destroy their reputation, and can even forfeit their right to own, possess or carry guns. If you are accused of a theft crime, immediately contact a Chelsea area theft lawyer for getting competent representation.

Whether you face a felony or misdemeanor theft charge primarily depends on the value of the object you stole. Alabama distinguishes theft of property form theft of services and both can be charged in the first, second, third, or fourth degrees according to circumstances.  Additionally, theft of particular items are classified in the criminal code.  For example, theft of any firearm, regardless of its value, is Theft of Property 2nd Degree.  Theft of any vehicle, regardless of its value, is Theft of Property 1st Degree.

Under Alabama Code §13A-8-2, you will be charged with a crime for theft if you intentionally take unauthorized control over another person's property with the purpose to deprive the other person of that property. In Alabama, a person also can be charged with a theft offense by deception. This may constitute failing to correct a wrong impression or misrepresentation, or misleading to the other person, or producing a plan to steal property or money.

First Degree:  According to AL Code §13A-8-3, when the cost of the asset property surpasses $2,500; the property is a motor vehicle, no matter its cost; or the theft is part of a common scheme or plan to transfer at least $1,000 in asset property within 6 months to the person who knows the property is an asset, then you will be charged with a felony Class B in Alabama.

Second Degree: According to AL Code §13A-8-4, if you are involved in stealing property costs between $1,500 and $2,500, a controlled substance, livestock, or  any type of gun then you will be charged with a felony Class C.

Fourth Degree: Theft of property value less than $500 is a misdemeanor Class A under AL Code §13A-8-5. This is considered less severe charge under Alabama laws.

Under AL Code §13A-8-10  you can be charged with theft if you intentionally obtain services that you understand are available for compensation by deception, and any other means of avoiding payment or threat.

First Degree: If you are involved in stealing more than $2,500-value of services, you will be charged with a felony Class B under Alabama Code §13A-8-10.1.

Fourth Degree: If you supposedly stole services cost at less than $500, you will be convicted, under AL Code §13A-8-10.3, with a misdemeanor Class A.

Contact an Alabama Criminal Defense Attorney as soon as possible if you are involved in stealing another person's services or property. We will discuss the differences among the first-, second-, third-, and fourth-degree theft according to your situation in Alabama, including the potential punishments as well. You can be incarcerated, even for minor offense, and you need to work with someone who can defend you against these charges.

Whatever the particular charge felony or misdemeanor you are facing, contact Alabama Criminal Lawyers to speak with a theft lawyer right away. You may be charged with any other type of theft crime in Alabama.

Some common charges you may face in Alabama are the following:

Burglary is a trespass of a home (dwelling) or any other building with the added requirement that the offender intent to act a crime inside the building, under Alabama's Code §13A-7-5 – §13A-7-7. In Alabama, home invasion burglaries are considered severe offenses and carry extremely harsh punishments.

Burglary 1st Degree:  The first-degree burglary punished most harshly, happens when the defendant enters a home with the plan to commit an offense inside, and the criminal is armed with a gun. For first degree burglary, it does not matter whether the house is occupied. However, the law in Alabama exempts an offender who merely carries a gun during the burglary from being convicted of a more dangerous crime. For instance, an individual who performs a burglary without carrying firearms and steals an unloaded pistol but does not fire or try to threaten to fire it cannot be convicted of first-degree burglary.

Burglary in the first degree is considered Class A felony, a criminal defendant faces a prison sentence of ten to 99 years or life imprisonment with a fine of up to $60,000.

Burglary 2nd Degree:  A person commits the offense of second-degree burglary by illegally entering into an occupied house with the intention to perform a theft or felony inside and if the offender is carrying loaded firearms or anyone is harmed.

Burglary in the second degree is a Class B felony, sentence by 2 to 20 years' incarceration and a fine of up to $30,000.

Burglary 3rd Degree: If the residents are not present in the home (unoccupied dwelling), then the offense is less serious comparatively, and so is the sentence for third-degree burglary. Burglary of other buildings, such as commercial offices or stores, is third-degree burglary if the defendant is not carrying firearms.

Burglary in the third degree is a Class C felony, and carries a potential sentence of 1 to 10 years in prison and a fine up to $15,000.

Under Alabama code, AL Code §13A-8-2 thru §13A-8-5, shoplifting is charged as theft. An individual commits theft by exerting or obtaining unauthorized control over another person's property with the intention to deprive the possessor of the property. Criminal punishments for theft become increasingly more severe as the value of the stolen goods rises.

Police officers and property owners can detain somebody they have a sensible doubt to suspect are acting shoplifting. They can restrain the suspects in a fair manner, for a fair time period, in order to regain any stolen objects.  This is known in the Common Law as The Shopkeeper's Privilege.

Alabama does not codify any specific shoplifting statute. Rather, shoplifting is considered as theft. Whether you face a felony or misdemeanor charge depends on the things stolen and their cost.

You can be charged with robbery in the first, second, or third-degree if you steal property directly from another person, under Alabama Code §13A-8-40 – §13A-8-44.

Robbery 1st Degree: You can face first-degree robbery charges if you are armed with a deadly weapon or cause another person serious physical injury. This is a Class A felony.

Robbery 2nd Degree: For second-degree robbery, you will face a felony Class B if you exert force against another party to overcome their resistance or endanger to use immediate force, and you are supported by another individual.

Robbery 3rd Degree: If you threat or use force to get the property without help, then this will be considered robbery in the third degree and a felony Class C.  Think of a mugging.

Consequences of a Theft Charges

If you are charged with a felony or misdemeanor crime, you will face consequences beyond probation, fines, and incarceration. A permanent criminal record committing theft will get it difficult to obtain and continue a job. Many companies will not trust you around valuable assets or money.

You also may find it challenging to go back to school or enroll in a vocational program because of your criminal offender history. If you finish a program or degree, you may then face difficulties in getting a professional license, such a Juris Doctor (law degree), Registered Nurse (RN), Paramedic (EMT-P), or Medical Doctor. You may be considered unsuitable based on a theft offense or have a hard time justifying to the company that you will be an honorable part of that profession.

In addition to influencing your employment and education, a criminal record can modify your child custody order if you are a parent, as well as your ability to travel, paying your rent, being approved for a loan, immigration status, and much more.

It is vital to get the help of a theft attorney in Alabama to have someone represent you who knows and understands the intricacies of both the law and the elements involved in your specific case. Every situation that a defendant has is different from the next.  There are so many factors that can have an impact on criminal charges being charged.

If you face any of the several different theft or robbery charges in Alabama, you should be quite confident that Chelsea Theft Lawyer Erik Fine has the experience to rigorously represent you in armed robbery, burglary of an occupied dwelling, shoplifting charges, and other related charges.

Contact now or call  205-478-2498 to speak to Erik Fine at the Patriot Law Firm, LLC. for a free initial consultation regarding your criminal charges.